BLACKPINK: The Movie (also stylized as BLACKPINK THE MOVIE) is a movie that aired in theaters on August 4, 2021. It was released globally in over 100 countries.

On June 16, 2021, YG announced that BLACKPINK THE MOVIE will be released sometime in August as part of their "4+1 PROJECT" to celebrate the groups fifth anniversary. The movie will feature various sequence, includes “The Room of Memory” in which shares the 5 years of BLACKPINK’s memory together after debut, “Beauty” which contain images cut of the Four Members with distinct personalities and “Unreleased Special Interviews.” It will be released in CGV nationwide and to more than 100 countries globally in August. [1]

YG stated that “they’ve re-edited BLACKPINK’s performances of 5 songs from ‘THE SHOW’ and the ‘IN YOUR AREA’ tour to provide vivid live experience for the audience as if they are actually at the concert scene.”

The ‘4+1 PROJECT’ announced by YG “is a gift for BLINKS and an event will be held so the fans can enjoy BLACKPINK’s passionate performances. It is expected that the fans will retrace BLACKPINK’s journey as they establish themselves as global stars after making debut back in August 2016, as well as enjoying the group’s infinite charms.” [2]

On June 24, 2021, the main poster, which announced the release date, was posted on BLACKPINK’s social media accounts. 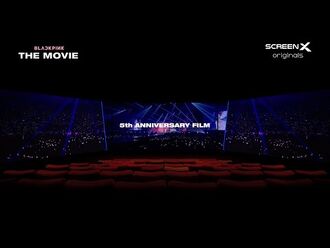 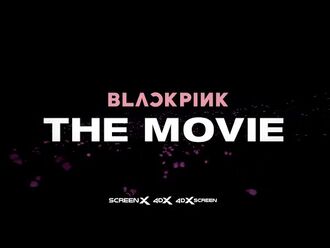 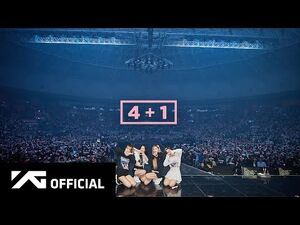 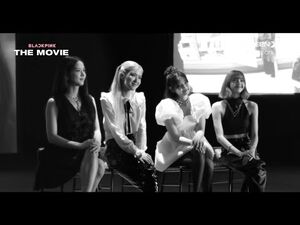